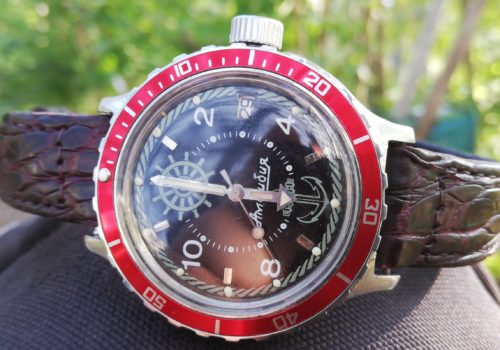 Giving my Zissou some air. This is a wristwatch that I bought early in my collection. A wristwatch with an automatic 2416b movement in a 420 case in stainless steel. The dial is the Zissou. It’s called Zissou because Bill Murray wore a watch like this when starring in the movie “Life Aquatic” where the main character is called Zissou.
The odd thing about this dial is that it doesn’t say anywhere on the dial where the watch is made. I guess it makes the watch a “transitional” watch? That’s what watches – that was made in the short period after the collapse of the Soviet Union but before the period when Russia was established as a country – are called.
The second hand used to “jump around” in a nervous way when rotating around the dial but now it’s calmed down and moves pretty smooth.
As a small collector of wristwatches I like to see the watches in the condition where they are as near their original configuration as possible but I see no harm in changing bezels and other stuff that are easy to change back to the original state. Just as long as the watch isn’t damaged.
What do you think?
I’ve changed the bezel on my Zissou to give it a more summer look. 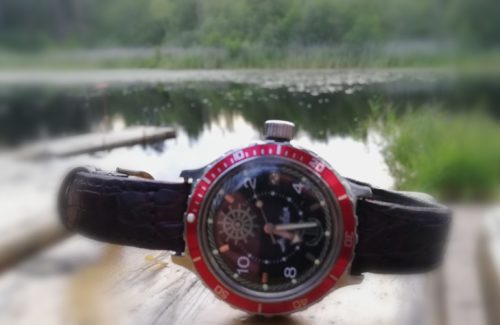