The Vostok Amphibian in the 350 case wasn’t the first Russian or Soviet era watch that I bought but I fast came to like it.

The watch looks kind of fragile but it’s a tough watch that’s been used in as tough environments as open space and in the deep sea.

It’s a diving watch. The civilian edition of this watch is waterproof down to 200 meters. There is a small, modified, military edition of this watch and it’s waterproof down to 300 m. It might not sound so impressive today but back in the late 60’s or early 70’s, when this watch was designed, it was very good. Considering the tools the Vostok factory had access to at that time, it was very impressive.

The military edition of this watch looks a bit different than the civilian edition but they are similar in many ways. I’ve got the military edition in my collection as well and I’m going to write more about those at another time.
One special feature with this watch is that the design of the case is very special compared to many other diving watches. It uses a compressor techique that makes the watch more waterproof, the more pressure that’s being put on it. Vostok didn’t invent this techique but they are using it very well.

Here are some photos of the 350’s in my collection:

Early Vostok Amphibian that might be a prototype before the earliest Amphibians from Vostok.
The seller said that it is a prototype because the case is in chromed brass as opposed to all the rest of the Amphibians that are made of stainless steel. The shape of the caseback is also different than the caseback seen on the regular Amphibians. The hands on this watch is different than on the early Amphibians. There are some Amphibians with brass cases in other collectors collections and they’ve got the same kind of hands. The difference between this Amphibian and the Amphibians that are called prototypes is the logo on the back of the case. The logo on this case has the same position as the logos on the regular, steel, Amphibians while the logo on the prototype Amphibians are turned a quarter of a turn compared to the regular Amphibians. I pointed this out to the seller and he agreed. This was the only time that he saw a brass Amphibian with the logo like that and that makes this watch even more unique, he said. *lol* 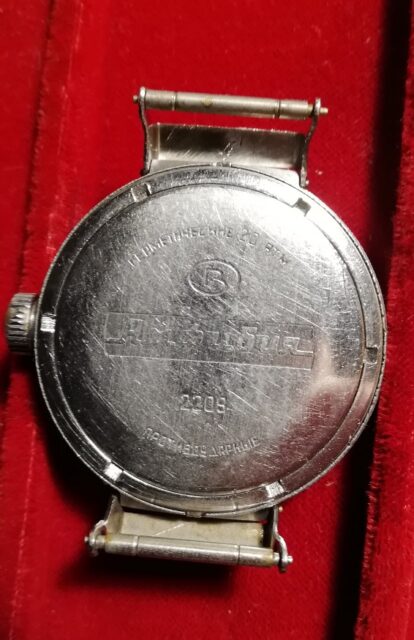 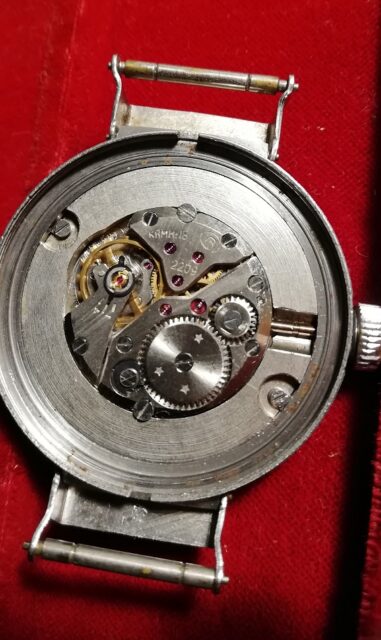 I’m not sure if you can see it but the serial number on the movement is very low. It says 16813. I don’t know if Vostok’s serial numbers are in chronological order but it’s the lowest serial number that I’ve seen on a 2209 movement from Vostok. 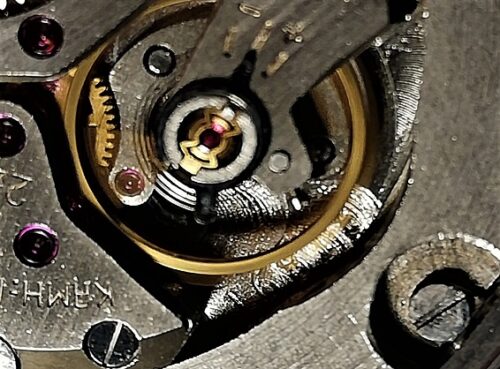 This watch is probably put together with different parts but the parts are very interesting. It will be a nice project to restore it to its original configuration later. The dial has the unusual cyrillic logo. Original neck tie hands with the small lumedot second hand. The domed crown. The domed acrylic glass. The aluminum bezel. Looking at the movement you can see that the movement is younger than the watch. The movement probably comes from a Vostok Amphibian Tonneau. It works so the movement stays for now. Since the dial has the logo in cyrillic I guess the caseback should have the writings in cyrillic but the caseback has latin letters. 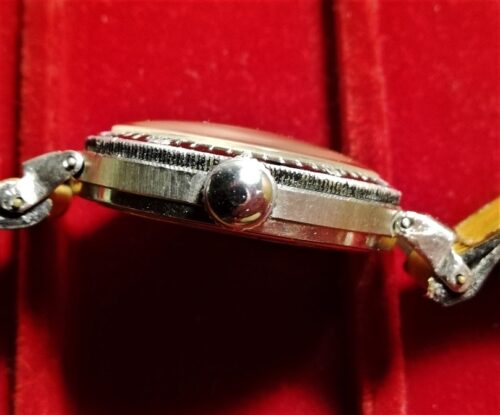 I bought this watch from the American collector Paul Schnurr a few years ago. I think that everything on this watch is original. The cyrillic logo on the dial goes fine with the cyrillic markings on the caseback. The nice necktie hands with the small lumedot second hand. The original bezel in good shape. The crown is a bit worn so that the brass is a bit visible but it only gives character to the watch. 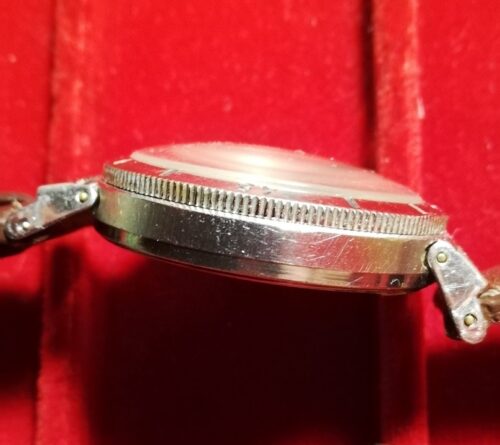 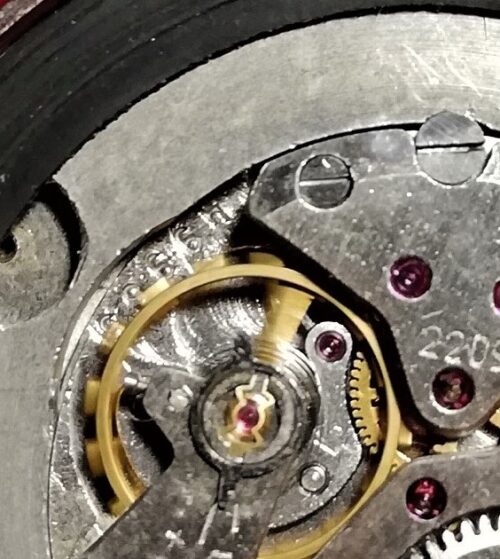 This watch came to my collection in a terrible shape but I’m slowly collecting parts to get the watch back to its original configuration. It was the dial with the cyrillic dial that got me interested in the watch. The hands has been replaced with new, handmade, replaced parts. The bezel is a new bezel that I made together with some friends. The crown is new but an original part for this watch. A great, domed, acrylic crystal in good shape. 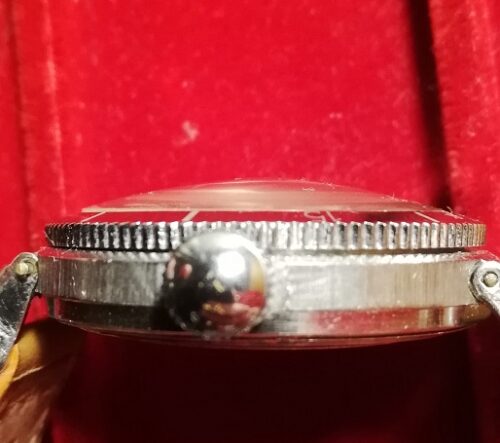 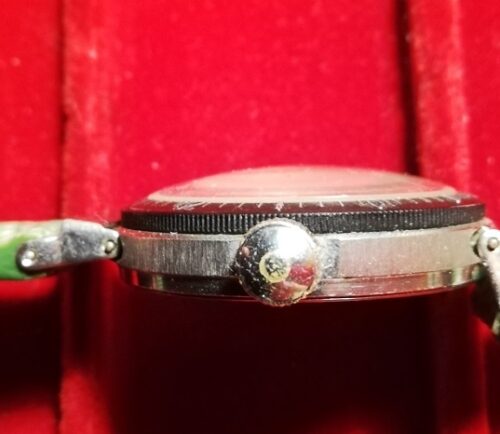 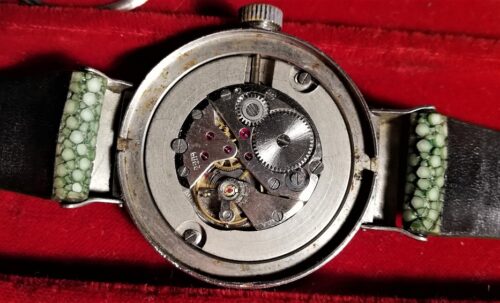